How to Counter Caffeine & Get Rid of Coffee Jitters

Even the most experienced coffee drinkers get a bout of the jitters from time to time. Anxiety, dizziness, sweating and a racing heartbeat are all very familiar symptoms.

It’s a sneaky thing that can creep up on you out of nowhere, but there are a few things you can do to counter caffeine and avoid the worst of its effects.

Truth be told though, the best course of action you can take is preventative action when it comes to overdoing it on caffeine.

If you’ve heard the phrase “an ounce of prevention is better than a pound of cure”, then it’s very apt in this case!

In this article I’m going to take you through some tried and tested tips for avoiding the problem altogether.

Is It Just The Coffee?

First of all you’d be amazed at how much caffeine there is in the food and drink we all consume.

There are the obvious offenders like super-caffeinated energy drinks, but even regular sodas can contain a surprising amount of caffeine.

In short, it might not actually be the coffee that’s causing you the problem. It really is worth paying proper attention to the labels on all your drinks – caffeine is everywhere.

For reference, and according to the NCBI, 400mg is the maximum recommended daily caffeine intake for healthy adults.

The most important thing to do when you notice the caffeine jitters creeping in is to stop drinking it immediately.

Caffeine takes around 45 minutes to make its presence fully known. Once it’s in your body though, it can take up to ten hours to fully wear off.

That time lag is particularly important to keep in mind when it comes to your sleep (something I’ll discuss in more detail later on in this article).

It’s hard to stop the jitters once they’re truly in full flow, so it’s far better to focus on behavioral change to stop future problems. 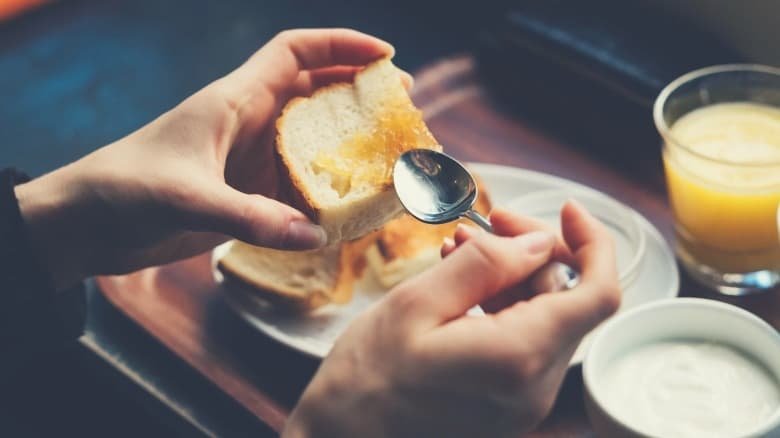 I’m as guilty as anyone of being completely unable to start the day without my first cup of coffee.

Before you reach automatically for the espresso first thing though, see if you can put off drinking your first cup until you’ve eaten a proper breakfast.

If you let some food settle on your stomach first, you’re much less likely to take a very unwelcome hit of caffeine to the face.

I’m not much of a breakfast eater truth be told. Even so, I’ve found that just nibbling a piece of toast and waiting a little while does much to stave off the less welcome effects of caffeine.

The benefits of drinking more water go way beyond avoiding a nasty case of the coffee jitters, but it’s definitely helpful in this case too.

Drinking lots of water will ease the dehydrating effects of coffee and flush your system out as well.

It’s not a miracle cure for alleviating caffeine-related jitters, but it’s good practice for keeping them at bay in general.

As a rule of thumb, I try to drink a glass of water with every cup of coffee I consume.

That alone leaves me less inclined to reach for yet another cup, and just because I’m thirsty.

If you’ve got the jitters, are feeling anxious, and have a reasonable suspicion it’s down to too much coffee, get out and about.

Although there’s no silver bullet for eliminating caffeine once it’s inside you, exercise will help speed up your metabolism and send it packing a little faster.

It’s not as effective as a proper walk, but it will definitely help reduce the unpleasant feelings associated with consuming too much caffeine. 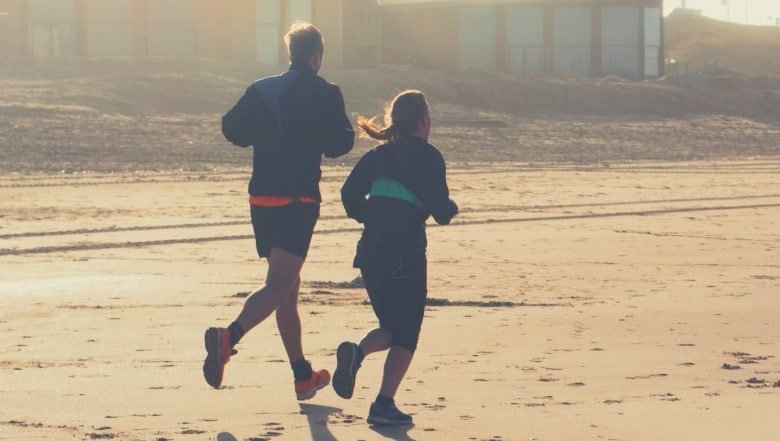 Sort Your Sleep Out

Caffeine can set your sleep up for a vicious cycle of misery.

A bad night’s sleep finds you reaching for more and more coffee just to get through the day.

The problem, of course, is that caffeine itself – particularly taken close to sleep – only serves to keep you awake at night.

What do we all do next? Drink more coffee just to stay in the game.

If you slowly reduce the frequency and intensity of the coffee you’re drinking throughout the day, you should quickly notice an improvement in your sleep.

That by itself will mean you’re less likely to reach for yet another coffee the next day, just to keep on top of the basics. Regardless, you should leave at least six hours between your last cup and bedtime if you’re starting to struggle at night.

If you’re depending on coffee for all your energy needs, then it’s only a matter of time until it bites you on the backside.

There’s nothing wrong with getting a morning kick out of coffee. If it’s sustaining you throughout the entire day though, then it’s time to take a look at your overall diet.

Better food and more sleep will give you the foundations you need to enjoy coffee without the wild energy swings it can introduce.

Caffeine plays particularly badly with the Vitamin C levels in your body. Your body thinks you have less of it than it thinks you need, and that by itself causes problems.

If switching up your diet sounds like too much hard work, why not change up the coffee you’re drinking instead?

You might find that drinking better coffee – but less of it – gives you more of the pleasure without any of the downsides.

Consider making it more of a treat than a substitute for all your liquid intake. Additionally, the more you spend on better quality coffee, the less of it you’re likely to churn through.

If you’ve got a little too much of a caffeine buzz going on right now, the steps are simple:

In the long term you’ll be able to avoid the negative effects of caffeine altogether by addressing both the timing of your caffeine intake, and improving your overall diet and activity levels.

Be mindful of how much coffee you’re drinking – and when – and a lot of these problems will go away by themselves.