How To Steam & Froth Milk At Home

Making the perfect espresso shot is challenging enough, but if you really want to up your coffee game you’re going to need to master the fine art of milk preparation.

In this comprehensive guide to steaming and frothing milk, I’ve covered the important differences between the two preparations, and explained how they affect different drinks.

You’ll also find detailed instructions on how to use a steam wand to create them.

Finally, I’ve included some clever hacks for getting a passable milk preparation, even if you don’t have access to a dedicated steam wand.

Trust me, if all you have in your kitchen is a jam jar and a microwave, it can be done!

Steaming vs Frothing: What’s the difference?

Although people sometimes use the two terms interchangeably, it’s important to understand that there are some crucial differences between steamed and frothed milk.

Steamed milk is incredibly smooth and you make it by inserting a steam wand further into the milk. Done correctly the end result is milk with a creamy, velvety texture.

Foamed milk, on the other hand, has been lightly whipped up by the steam wand. As air enters the surface of the milk it gradually foams up.

With a little (read: ‘quite a lot’) of practise, you’ll be able to make something called micro foam.

The secret to making micro foam is to delicately add microscopic bubbles to the milk. It’s nothing less than an artform.

Speaking of art, this is the stuff the baristas love. It’s how they’re able to add those clever visual touches to your morning cup of coffee.

Why is it important to recognise the differences between the two though?

Crucially, some drinks need a blend of both these milk types. Understanding – and mastering – both will open up a whole new world of coffee making opportunities to you.

Some home coffee makers include a steam wand as part of the appliance, while others take care of the process automatically.

With the former you’ll need to get used to your own machine’s quirks until you’ve mastered the process.

The latter machines handle everything for you. You might get to choose from a few density settings, but it’s largely hands-off once you’ve set things up. It’s easier, but you have less control. 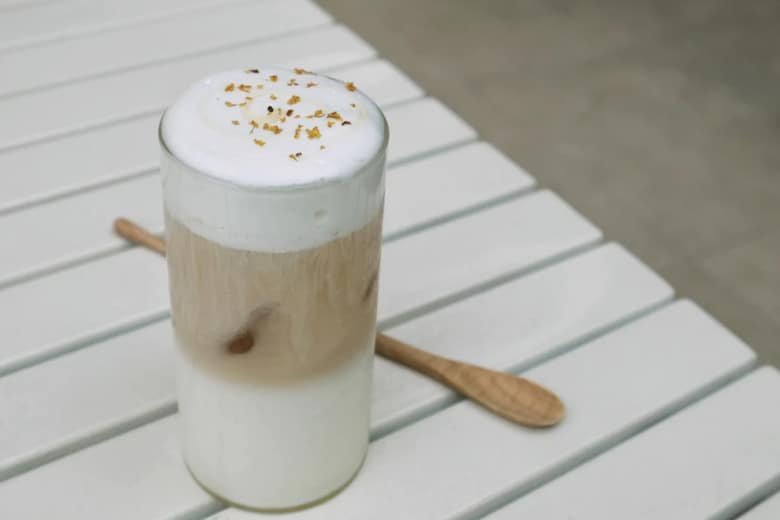 For this section, we’ll assume you’re using either a separate, dedicated frothing wand, or you’ve got one on your coffee machine.

The process for using it is really simple, although be prepared to put some time in before you’ve got this licked.

Rome wasn’t built in a day, and you’re probably not going to create coffeeshop microfoam on your first attempt…

1. First of all, make sure your steam wand is actually clean. Purge it by opening it over a sink, or the drip tray that’s on your coffee machine.
2. Add the milk to your pitcher, but don’t fill it up too much. About halfway will do.
3. Put the very tip of the steam wand into the milk.
4. Open the valve and then lower the pitcher until the wand is only lightly touching the milk
5. As you start to create the foam, the surface of the milk will rise. Keep lowering the pitcher so that you continue to only just touch the milk with the wand.
6. When you’ve got just the right amount of foam you want, push the wand a little further into the milk.
7. Continue heating the milk for a few seconds, until the pitcher is too warm to hold.
8. To get rid of any excess bubbles on the surface, give the pitcher a gentle tap or two on your kitchen surface. Don’t be afraid to land it, but at the same time don’t whack the thing down!
9. When you’ve finished heating the milk, gently swirl the pitcher to mix the foam with the milk. Slow, even circles is the way to go here.
10. Give the wand a wipe down and purge it again.

Once that’s all done, your perfectly (hopefully) foamed milk is ready to add to your espresso.

(Note: As a general rule of thumb you’ll get a much better froth by using full fat cow’s milk. If you’re not a dairy drinker, I believe oat milk works as the best replacement.)

Having made your foam of choice, it’s important that you pour it correctly. This process is separated into two elements known as diving and gliding.

This is the initial part of the serving. The idea here is that you want the milk to “dive” beneath the crema of the espresso.

To do this, simply hold the jug a couple of inches above the cup and start pouring.

Once the pour is properly underway, bring the spout of the milk pitcher closer to the surface of the coffee, while aiming towards the middle of the drink.

When you’re in position, slowly increase the angle of the pour so that more milk emerges from the pitcher, faster. This will cause the milk to fold in on itself and create a rich, full head on the drink.

While none of the options in this section will produce anything like the kind of results you get from a proper wand, there are some tried and tested “hacks” that get acceptable results!

Now this is a rough and ready solution, but it will do in a pinch.

If you can’t budget for an all-singing, all-dancing espresso machine (or your wand’s stopped working), you can still create a surprisingly competent cappuccino.

This method requires nothing more than a jam jar, the milk, and your trusty microwave.

The fast heating action of the microwave does a really good job of stabilising the foam, and prevents it from collapsing back into boring old milk. You’ll get better results from this method if you use low fat milk.

If you just want to use this as a finishing touch for your drink, make sure you add the regular milk first, then add a dollop of this stuff on top.

Voila! I won’t tell anyone if you don’t… 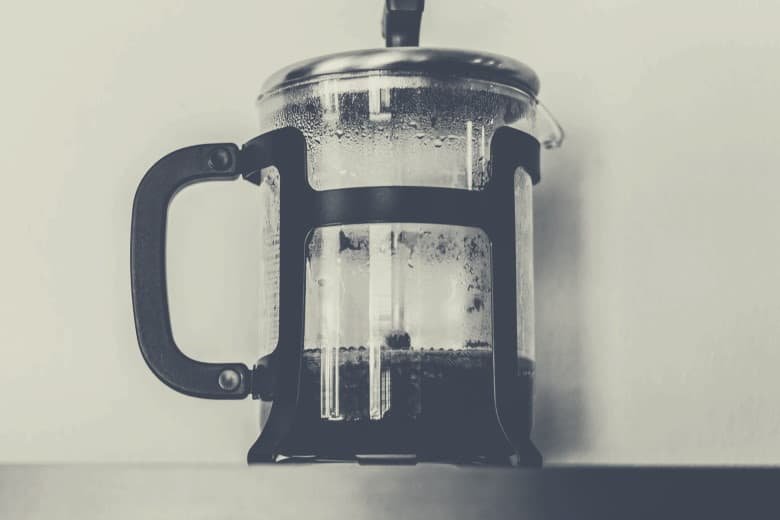 The humble French press isn’t just good for making delicious dripped coffee. You can also use it to whip up frothed milk in a pinch.

Warm a little bit of milk in the microwave, then add it to the French press. Now just froth the milk using the plunger.

Don’t go crazy here, as there’s the potential to make quite a bit of a mess! The plunging motion will also be a little slow anyway, due to the air pressure inside the container.

Once you’re done though, you can just take the lid off the French press and spoon your freshly prepared foam onto your coffee.

Whisks add air to liquid, so what better tool for hacking up a quick bit of milk foam?

Once the milk has been warmed up, go at it using a brisk, back and forth motion with the whisk.

You’re looking for speed over coverage here, so flick the whisk quickly, moving back and forth across the surface of the milk.

I’m not a huge fan of this method as it has the potential to be very messy indeed. If you’ve ever made soup with one of these things, you’ll know how big the splashes can be.

I’d recommend using a pretty big bowl as well, so if the head does come out of the milk the inevitable splashes are contained by its sides.

No Microwave? No problem!

All of the alternative methods I’ve outlined here require warming the milk in a microwave, but what if you don’t have one?

No problem, just heat it – very gently – on the stove instead. The milk should be warm to the touch, but a long way away from boiling. If you have a thermometer, don’t let it get hotter than, say, 60 degrees.

I’m sorry to say that my artistic skills are no better with coffee than they are with pen and paper. I make a mean cup of coffee, but that’s as far as my talents go!

If you want to start dabbling with your dribbling though, a YouTube channel called CoffeeFusion has some fantastic videos that will help you get started.

Here’s a really good video that covers the basics, and will walk you through the first steps you need to take on your road to latte art mastery:

That should be everything you need to start whipping up your own super-smooth lattes and cappuccinos at home.

Don’t expect success overnight, but with a little bit of practice and perseverance, I think you’ll impress yourself with what you’re capable of!

Let me know in the comments if you have any questions and I’ll do my best to answer them.