Why Do People Drink Coffee After Dinner?

We take the idea of an after-dinner coffee for granted to such a degree that few of us ever stop to wonder why.

Most of us associate the drink with a quick pick-me-up in the morning, or as a means of energizing our way through the rest of a hard day. Why then would you want to drink it in the evening and risk disturbing your sleep?

Is it the flavor? The experience? Tradition? What about the supposed health benefits of a tasty cup of espresso after a big meal?

The answer, it turns out, is a little bit of all these things. It’s all a little bit “chicken or the egg” when it comes to working out which one influenced the others though.

Still, in this article I’m going to do my best to answer the question of why people drink coffee after dinner.

(Looking for something else for your morning cup? I have a massive coffee brewing archive that has more to explore!)

Like so many things in life, part of the reason we drink coffee after dinner is that we’ve always done it!

There’s a little bit more to this though, in my opinion.

When we’re eating a particularly pleasant meal, it’s easy to become distracted from the people around us.

You might talk about the meal in front of you, or the comings and goings of life in general, but eating a meal is a fundamentally solo thing to do.

More than that, most of us have been told to keep conversation to a minimum when you’ve got a mouthful of food!

Because of this, I think there’s an important social element to finishing a meal with a cup of tea or coffee.

It’s a leisurely way to unwind after a meal, keep everyone at the table, but have them focus more on each other than what’s on their plate. 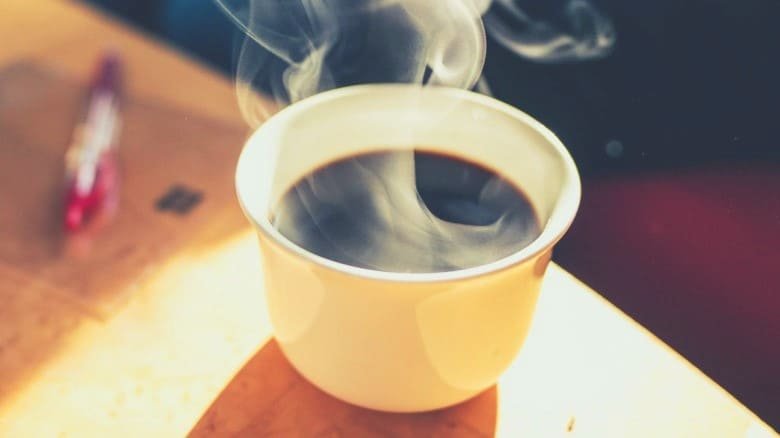 As I mentioned in the introduction to this article, it seems counter-intuitive to want to drink a stimulant so close to bedtime.

How do we answer this problematic caffeine question?

The truth is, most people enjoy a short espresso-based drink after a meal, and for precisely these sleep concerns.

We associate espresso drinks with strong, bold flavors, and assume that the caffeine content must be high as a result.

That’s not necessarily the case, however. The darker roast typically used for an espresso shot actually loses a significant proportion of its caffeine during the roasting process.

That pretty much answers the curious conundrum of consuming a caffeine-infused drink before bedtime.

It’s important to keep in mind here that some people are naturally more susceptible to the energizing effects of caffeine too.

If you’re asking this question about after-dinner coffee because you’re struggling with your sleep, your body may just be more heavily affected by caffeine.

In this case, you can either eliminate your intake of caffeine within six hours of bedtime, or switch to a decaffeinated brand instead.

Decaf coffee has come a very long way in the last few decades, and means you can enjoy a delicious espresso drink without suffering the dreaded caffeine jitters. 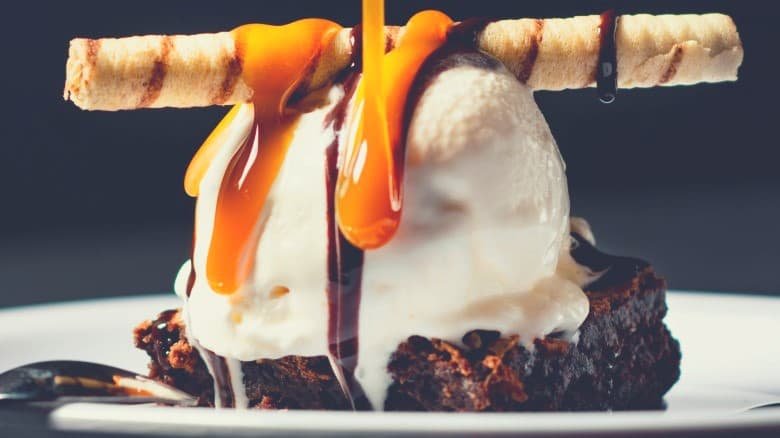 Viva Flavor isn’t a health site and I’m no doctor!

Still, some of the physical effects of caffeine (beyond its stimulating properties) are well understood even by us lay-people.

For a start, coffee is a diuretic substance. Put simply, the more of it you drink, the more you’re going to pee. We’ve all been caught short after overdoing it on coffee, after all…

Beyond that there’s plenty of evidence that caffeine suppresses the appetite and aids digestion.

A tasty cup of coffee after a big meal can do wonders for preventing snacking or over-eating later on in the evening. It leaves you feeling full of your food for much longer. This is also part of the reason we enjoy sugary desserts.

Although darker roast coffee contains less caffeine than lighter equivalents, you might actually need a shot of energy after eating a carb-heavy meal.

You’ll often experience a dramatic blood sugar spike from a decent meal. When that effect wears off – and your blood sugar levels drop – you can easily find yourself in need of a little boost.

That washing up isn’t going to do itself, after all…

Finally, some of us like to enjoy a luxurious cup of coffee in lieu of a dessert sometimes.

When you’re watching your weight, you still want to round off a meal with something sweet. If you can control your temptation, a rich espresso is always a good alternative to a sticky dessert.

Just don’t undo all that hard work by loading up your coffee with cream and sugar!

As I’ve outlined in this article, there’s no simple answer to this curious question of why people drink coffee after dinner.

I have a theory though that I think makes sense though.

Coffee’s been an incredibly popular drink for hundreds of years now. It’s inevitable that those enjoying a cup of their favorite brew after a big dinner would soon notice the benefits of doing so.

From there, I believe tradition and the social experience took over, cementing coffee’s position as the number one choice of after-dinner drink.