How to Season Cast Iron Pans, Skillets and Other Cookware

Cast iron cookware is worth every penny that you invest into it. I don’t like to waste money replacing pans every few years, but iron skillets and pans that have been well cared for can last a lifetime of cooking.

You need to know how to season cast iron properly before cooking with it though.

A lot of people get put off by this extra process. I know I did before taking the plunge, but it’s much simpler than you think!

By the end of this article you’ll understand why seasoning is so important, what the best oils to use are, and how to complete the seasoning process.

I’ve also included some simple tips to help you clean and maintain your cast iron with the least amount of fuss.

If you were to take a microscope to the surface of your cast iron cookware, you’d see that the surface isn’t smooth at all. It contains imperfections everywhere.

By seasoning your cast iron cookware with oil, you can smooth out this surface and create a slick, non-stick glaze.

As the oil heats up, it bonds to those imperfections to create a polymerized sheen. This prevents food from sticking to the surface during cooking. It’s like home-made Teflon that you can apply to keep your cast iron cooking for a lifetime!

Many manufacturers provide their cookware with a small amount of seasoning already applied. It’s best to go through the process yourself after purchasing. This also ensures you have a proper non-stick surface to work with from day one.

The good news is that the more you use your pan, the more natural seasoning it’ll pick up over time. As you cook with suitable oils, you’ll apply a natural buff to your initial seasoning.

The best oil to use

This is a divisive subject and you’ll find plenty of differing opinions on the internet.

A lot of people recommend using flaxseed oil but this can flake and become brittle over time.

It’s also very expensive compared to other oils that are perfectly suitable for the job. It’s a bit of an unnecessary luxury given its potential downsides.

You can use the following oils to season your pan just fine, and they won’t cost the earth either: 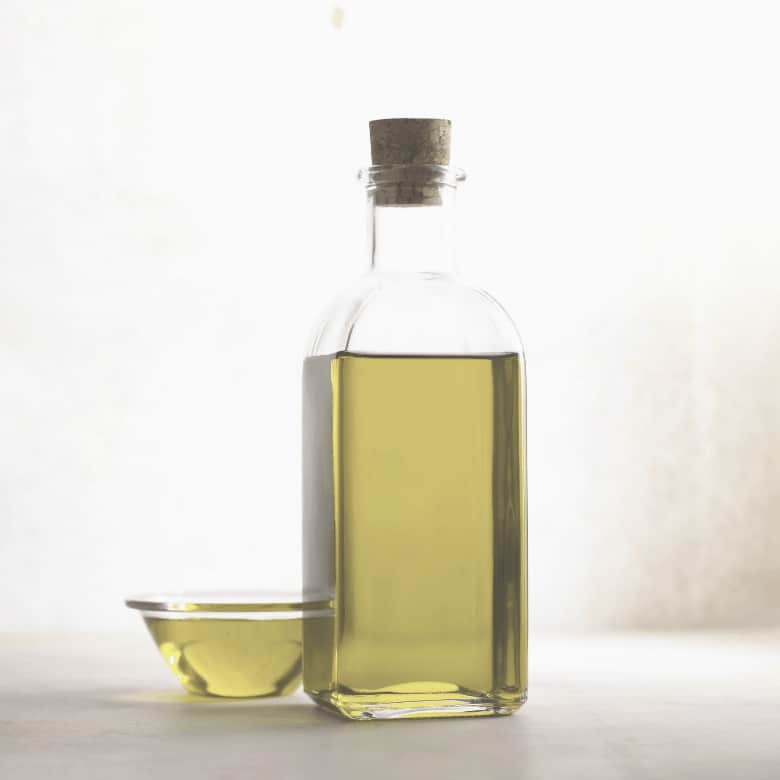 Lodge Manufacturing is one of the biggest producers of cast iron cookware in the US. In its own guide to preserving cast iron, the company recommends vegetable or canola oil. That’s on top of the initial soybean oil application added during the manufacturing process.

What matters more than anything else is that the oil you use contains something called polyunsaturated fatty acids. These are essential for the bonding process to work.

There are a few other things to think about when selecting your oil.

Again, use one of the oils we’ve recommended above and this won’t be a problem.

How to season cast iron

The actual seasoning process is quite simple:

You’ll know your pan is adequately seasoned if it’s dark and almost glossy.

You may need to repeat the process two or three times before it’s right. Before doing so, make sure the cast-iron has cooled down before repeating.

If the gloss starts to fade, food starts sticking to the pan, or you notice rust, it’s time to go through the seasoning process once more. 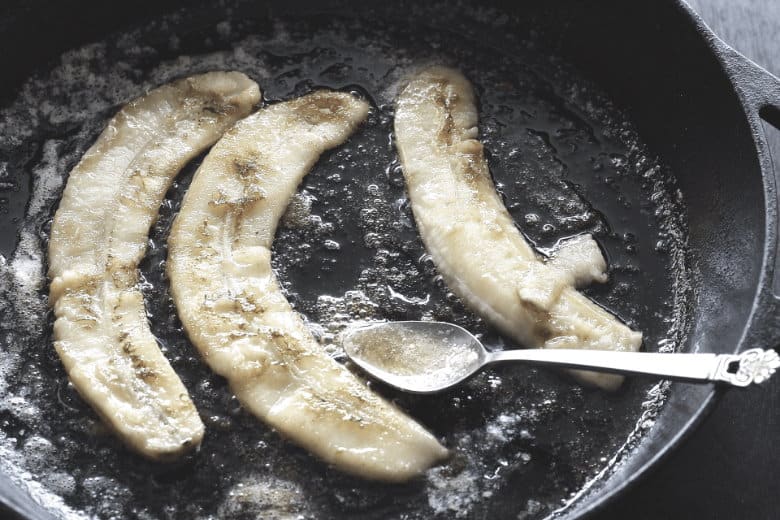 Don’t leave the oven unattended during seasoning. Although I recommend using an oil with a low smoking point, you may still need to ventilate the kitchen.

If the oven does start smoking, reduce the temperature by 10-15 degrees at a time until the smoking stops.

You’ll likely need to re-season your pans at some point in the future, so make a note of the most suitable temperature for your own oven.

It’s important that you clean your seasoned cast iron correctly, and as soon as you’ve finished cooking with it. This will stop you eroding the seasoning.

Rinse the pan under warm water and don’t use any soap if you’ve already seasoned the pans. Any chemicals in the detergent can damage all the hard work you’ve done.

If there are any stubborn traces of food that can’t be gently wiped away, you can use coarse Kosher salt and a soft cloth to clear the debris. Make sure you clean it all off once you’re done.

Dry the cast iron thoroughly, then pop it on a low heat for a few minutes to make sure every last drop of moisture has gone.

Wipe a very small amount of oil around the cooking surface using a paper towel. Now store it away from sources of moisture.

Here are a few tips to keep in mind if you want your seasoned cast iron to have a long and durable life.

Although cast iron takes a little more looking after, you shouldn’t feel intimidated about getting started with the process.

As long as you prepare it properly before use and take good care of it, you’ll be rewarded with a versatile, incredibly durable cooking tool that will serve you well for many years to come. 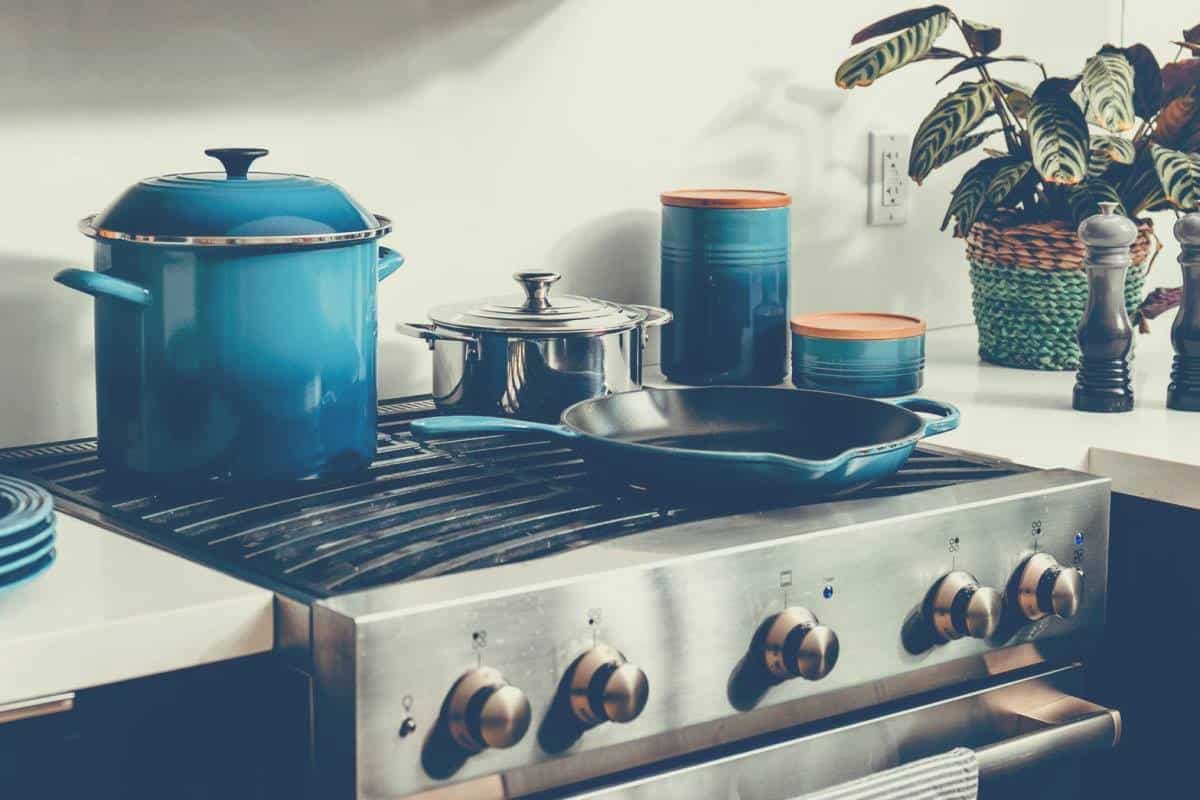 Electric Vs Gas Vs Induction Cooking 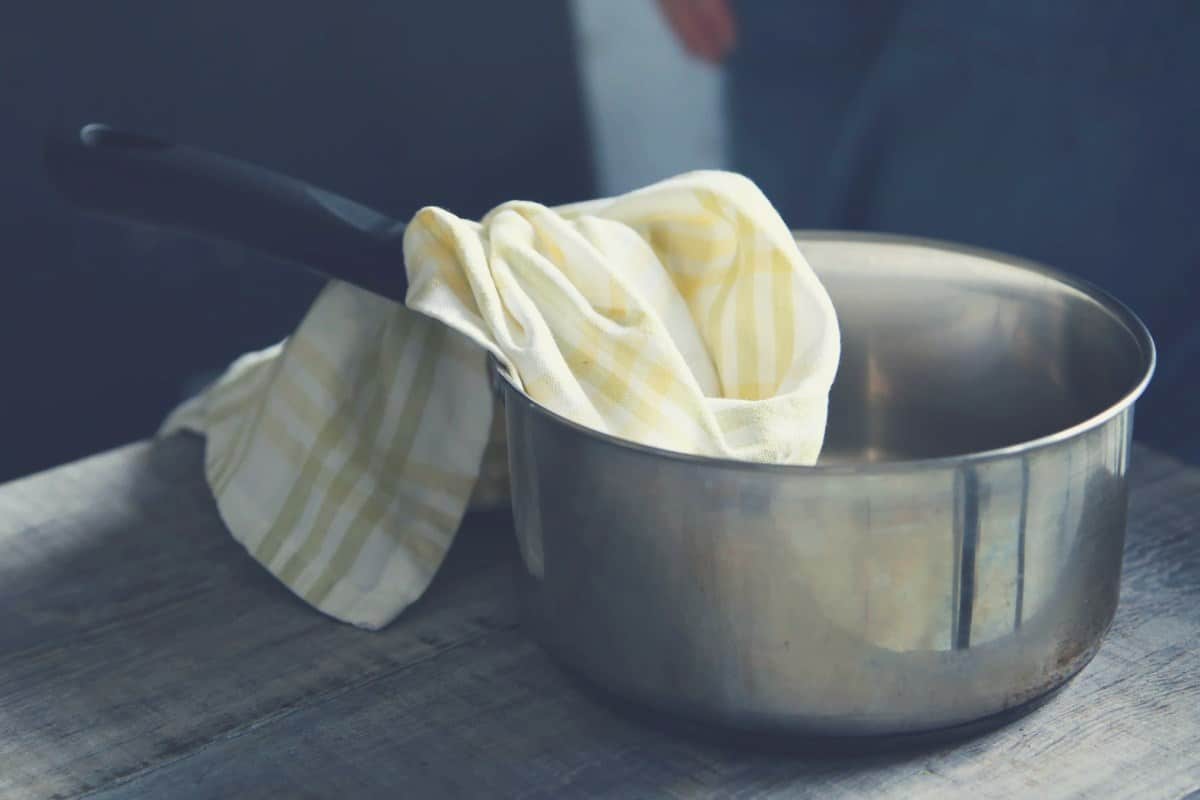 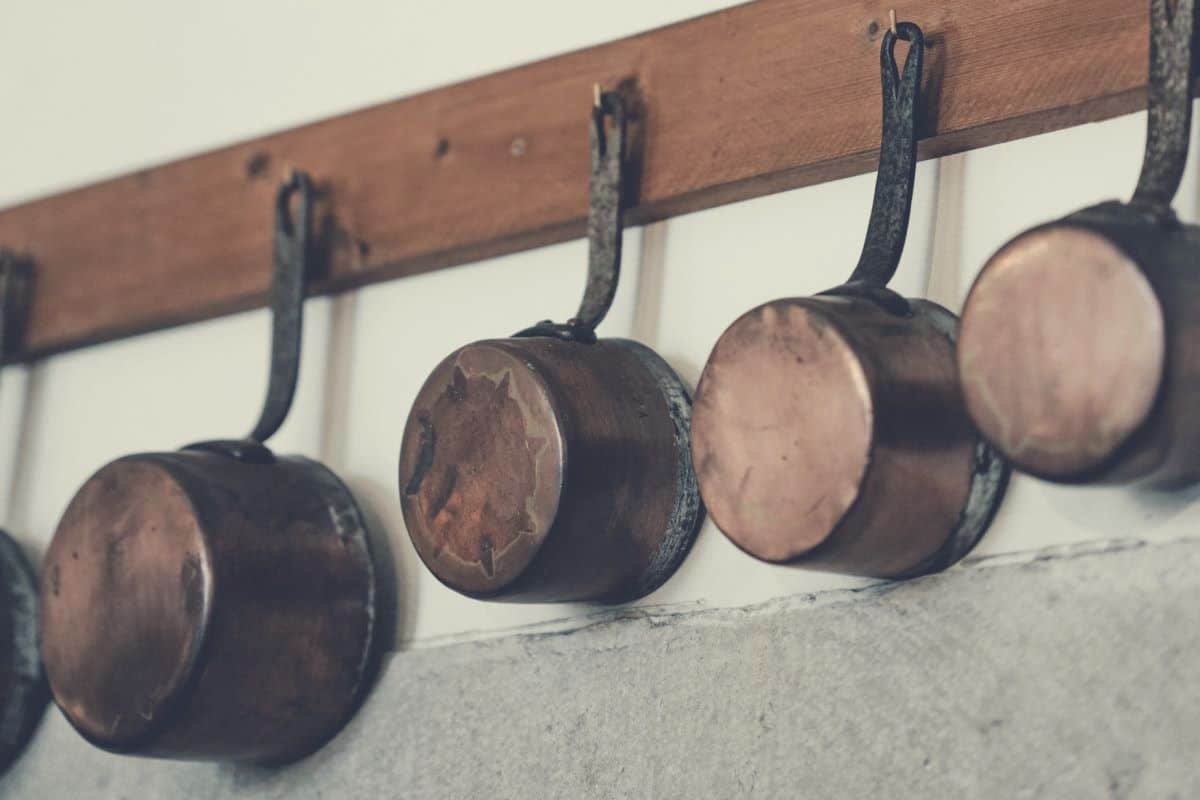 Why Your Cookware Material Matters 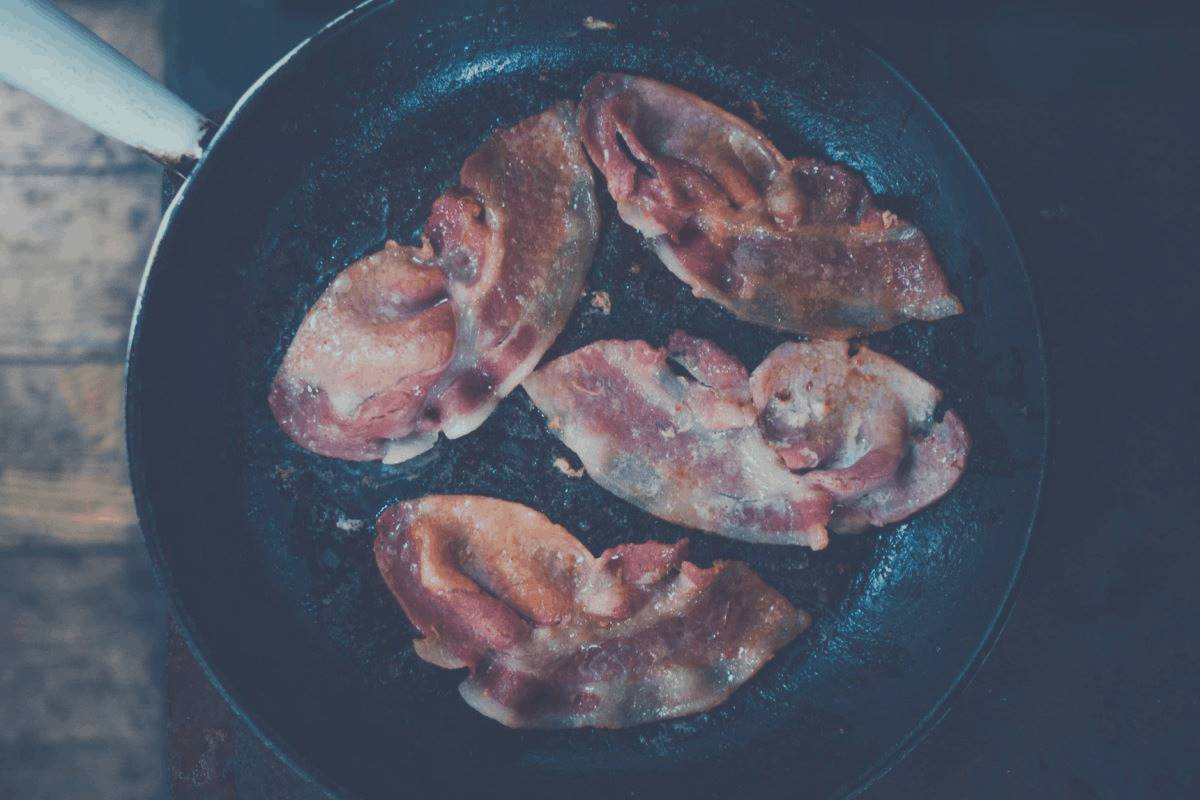 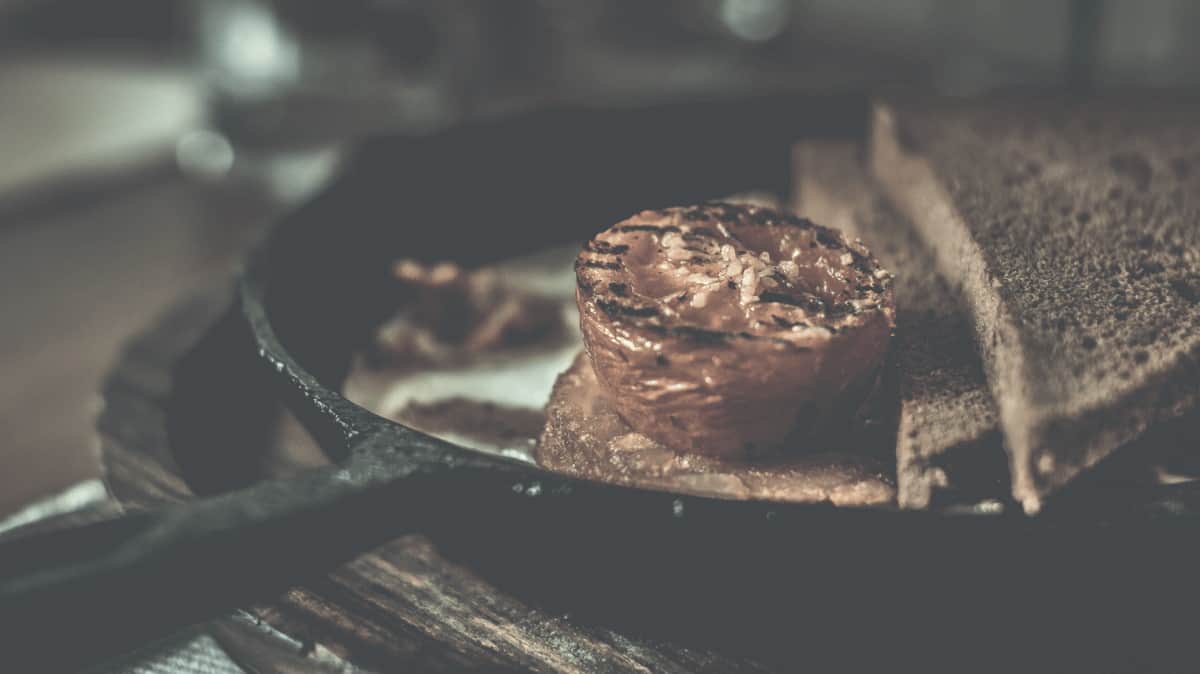 How to Season Cast Iron Pans, Skillets and Other Cookware