Although it’s most enjoyable during the hot summer months, I have to say I’m a sucker for cold brew coffee all year round.

With just a little bit of effort – and planning – you can enjoy a refreshing, superior brew that’s as good as anything you’ll get from Starbucks.  It won’t cost you nearly as much money in the long run either.

To help you get started, we’ve put together a comprehensive guide that takes in everything you need to know about cold brew coffee.

From making it at home to answering the most common questions on the subject, we’ve got you covered.

(Looking for something else for your morning cup? I have a massive coffee brewing archive that has more to explore!)

What is cold brew coffee?

When you first hear of cold brew coffee, it’s easy to assume it must be very similar to iced coffee.

It’s all about the difference in brewing when it comes to this stuff though.

An iced coffee is brewed hot just like you would any other warm cup, and it’s then served refrigerated or with ice.

Cold brew coffee is something you produce by slowly steeping the coffee in water at room temperature. 12 hours is about right, so it’s best prepared overnight.

This produces a rich coffee concentrate which is then combined with milk or water.

Why go to all that bother though?

Well, the end result is a wonderfully smooth coffee drink, with a sweet and rich taste.

The brewing process also removes a lot of the acidity of a regular cup of coffee. That’s great if your palate is sensitive to this sort of thing.

It’s a unique coffee experience that’s very easy to replicate at home. It’s so simple that I think it’s a perfect starting point for beginner baristas who want to start exploring better coffee.

In the next section I’ll explain exactly how to do that.

How to make cold brew coffee at home

Making your own cold brew coffee at home is really easy.

First you brew the concentrate. After that you just need to strain it, add it to a cup, and then combine with either milk or water.

As you’ve no doubt guessed already though, the trick to all of this is in the preparation.

You’ll need to begin the process of steeping your coffee the night before you want to drink it.

Given the time involved in brewing the stuff, it’s also important that you plan how much you’re going to need ahead of time.

Be careful not to make too much at once though, as cold brew coffee concentrate only has a limited lifespan.

In my experience it’s at its best in the first 48 hours, then slowly loses its punch over the next week or so.

I tend to drink cold brew as a weekend treat most of the time. I like to prepare a weekend’s worth on Friday night, and make sure I have just enough to see me through until Sunday evening.

Before you start making cold brew coffee yourself, here are some important things to keep in mind.

Getting the grind size right

To ensure a high quality extraction, it’s really important that you use coarse grinds for your cold brew coffee.

With a coarser grind you’ll enjoy a better filtration process, and your coffee won’t taste nearly as bitter when it’s finished brewing.

The actual process of grinding the beans also heats them up which isn’t great for slow brewing. The more you grind, the hotter they’ll get and the more flavor they’ll release ahead of time.

Taste vary of course, but the recommended ratio of coffee to water when cold brewing is either 1:4 or 1:5 cups.

If you’re inexperienced, I would recommend starting at 1:5 and then strengthening the brew to 1:4 if that proves to be a little wanting.

You only have to wait around 12 hours between each attempt, so it’s worth experimenting a little here until you find the ratio that’s just right for you.

For reference, when I explain the different methods later on in this guide I’ll be using a 1:4 ratio.

Although the overall process is really quite simple, it’ll likely take a few attempts until you’ve got this completely licked.

One of the most common problems people have involves sediment remaining in the concentrate.

The good news is that if you find this happening to you there’s a very easy solution.

Using a standard coffee filter (or a cheesecloth), just empty your preparation vessel through it and into the container you plan to store the cold brew concentrate in.

As you get better at judging the grind coarseness, I reckon you’ll find this less of a problem over time.

This is the really easy bit!

Once your drink has brewed for at least 12 hours, all you have to do is pour it into a glass and add more filtered water or ice.

That concentrate can be pretty punchy stuff, so I recommend starting with a half and half mixture of concentrate with water

I’m pretty sure once you’ve had your first glass you’ll be thinking about your next batch. Try mixing up the water to coffee ratios a little bit, or even try out some new – coarse, of course – coffee grounds. 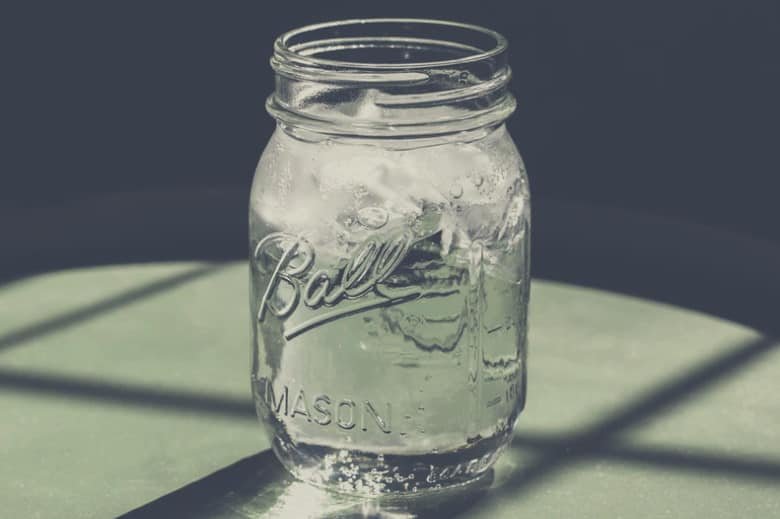 In this section I’ve outlined some of my favorite methods for making cold brew coffee.

Remember that if you’re buying your beans whole, you’ll need a decent grinder to prepare them with.

I recommend a burr grinder wherever possible (you get a more consistent grind), and you should make sure it’s capable of producing a very coarse grind.

If you’re buying pre-ground coffee, then you obviously don’t have to worry about this. Again though, do make sure the grind is coarse and suitable for cold brewing.

Whatever method you use, you’ll need the following items:

If you’ve got a French Press in your kitchen, making cold brew coffee with it is an absolute doddle.

As you’ll have some experience using one already, the trick is to aim for a slightly coarser grind for the cold brew process.

The Mason Jar technique is one of the easiest ways to get started with cold coffee brewing. You need nothing more complex than the eponymous jar, some suitably coarse coffee, and decent quality water.

As the name suggests, big batch cold brewing involves making a much bigger quantity of this delicious stuff.

These machines are readily available from stores like Amazon, and allow you to make a liter or more of concentrate at any given time.

I would definitely recommend trying out one of the basic methods first. They’re just so easy to get started with and you’ll quickly get an idea of how much you enjoy cold brew.

If you find yourself drinking cup after cup (and always wishing there was more), then by all means look into one of the many dedicated makers that exist.

Can’t I just buy concentrate from the store?

Yes! If you want to avoid the fuss of making cold brew yourself, you can readily buy pre-prepared concentrate in most shops.

And of course, there’s always Starbucks if you want the finished product and don’t mind throwing money at the experience over and over again!

Just be sure to check the individual packaging for storage and use-by advice if you’re purchasing concentrate.

Different brands stay in good condition for longer than others, so read the label carefully.

I still think you should try the process yourself though! It’s not that complicated and I think you’ll surprise yourself at the results you can achieve.

You’ll also save a ton of money if you start making it at home.

Once you’ve got the basics of cold brewing down, there are some fantastic twists you can add to the process.

Here’s a selection of some of my favorite tried and tested cold brew concoctions:

Mocha: Put a chunk of dark chocolate in a container in the microwave at low power. When the coffee’s just melted, use a spoon to drizzle it into your cold brew

Vanilla: Either throw a few vanilla beans into the brew during the steeping process, or add concentrate into your glass and stir.

Caramel: Again, you can readily find a caramel syrup in your local store and it works great in cold brew coffee.

Various: If it’s sweet and pourable, it’ll work! Try adding a splash of condensed milk, a dollop of vanilla ice cream, some chocolate syrup, or even melted Nutella. 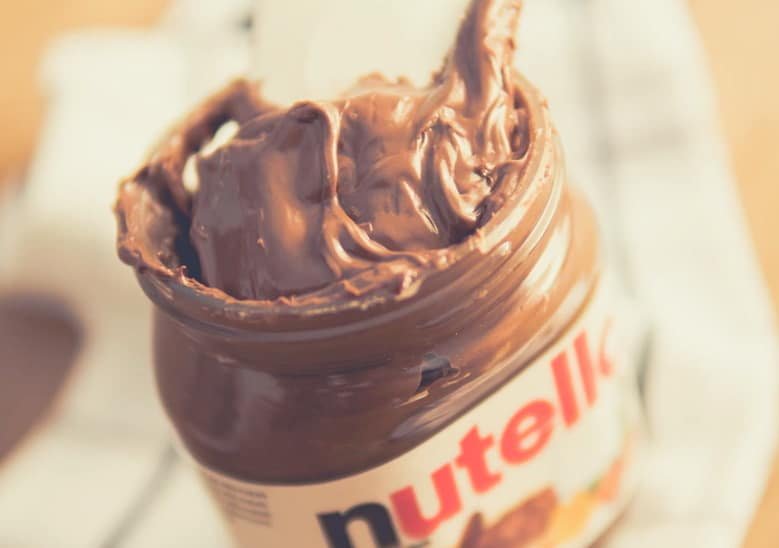 In this section we’ve collected answers to some of the most common questions people have about the cold brew process.

Coarseness is crucial, of course, but here are some brands that are commonly recommended for the art of cold brewing.

Really there are endless options! Give it a go with your current favorites, then branch out into different types if you want to explore further.

Can you steep cold brew coffee in the refrigerator?

That’s a big no-no. It really needs to be left to brew at room temperature.

If you leave the water sitting in the fridge, the extraction process will take even longer. The flavor just won’t emerge from the coffee if it’s brewed in a cold environment.

It’s hard enough waiting for this stuff at room temperature! There’s no point prolonging the process, and the end result just won’t taste as good either.

What is Nitro Cold Brew Coffee?

The end result is a cup of coffee with an incredibly smooth, rich head. The mouthfeel is commonly compared to Guinness, the globally popular Irish stout.

It was developed simultaneously by a couple of craft coffee houses in the US in 2013, and its popularity quickly blossomed on a local level.

Never one to miss out on a new commercial opportunity, Starbucks began selling NCB across hundreds of its stores in the summer of 2016.

From there, the brew was gradually rolled out across the company’s thousands of global coffee shops.

Is there more or less caffeine in cold brew coffee?

This is quite a divisive issue, and a lot of opinions get presented as fact.

There are also a huge number of variables to consider: the type of coffee you use, the steeping time, the grind size and so on.

Here’s where it gets complicated though.

On the one hand, cold brewing uses a higher ratio of coffee to water than usual. That would make the amount of caffeine in a single cup higher.

Once the brew’s over though, you dilute the cold brew concentrate with water and / or ice. That in turn is going to reduce the overall equivalent caffeine content.

The rather annoying answer, then, is that it depends on exactly how you choose to prepare your cold brew, compared to how you typically take your hot coffee.

According to cold brew specialists Toddy, the cold brewing process results in a coffee that’s naturally low in acid.

Their research concludes that the same coffee beans brewed cold rather than hot will have up to 67% less acidity.

That’s it! Now you’re armed with all the information you need to start cold brewing your own coffee. Let us know how you get on in the comments, and share any recipe tips of your own.