No pan lasts forever, but it’s important to know when a skillet can be rescued, and when it’s ready for the great recycling bin in the sky.

If any of the following apply, it’s probably time to throw away your cast iron skillet:

In the rest of this guide I’ll walk you through each of these scenarios in more detail. I’ll explain what causes the damage, and why it spells an early retirement for your skillet.

There’s one important thing to cover first though.

Before You Throw Away Your Cast Iron Skillet

Let’s start with the rust problem.

Don’t assume your cast iron skillet is beyond repair, and just because it looks like a real mess.

The good thing about having a really beaten up piece of cookware is you can try some more abrasive cleaning methods on it.

There’s nothing to lose if you’re already resigned to throwing it out, right?

If your cast iron is covered in rust in particular, it may still be possible to salvage it. A white vinegar / water soak can often bring minimally rusted pans back to life.

If rust is an issue, have a look at my guide to cleaning rust off a cast iron skillet with vinegar.

It walks you through the whole – very simple – process, and has tips to prevent rust build-up in the future too.

It’s worth a shot before you toss that skillet! 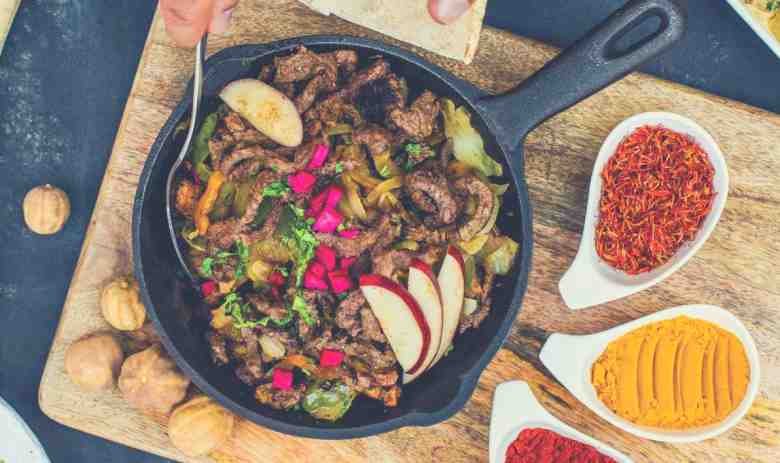 Cast iron is built to take a lot of heat punishment, but too much heat – over an extended period of time – can cause the skillet to warp.

If this happens to the base of the pan, you’ll have a bit of a problem on your hands.

A little bit of warping won’t cause you a headache, but if it’s very noticeable then you’ll have problems with uneven heating, or oil pooling in one part of the pan.

It will still cook your meal, but it will be frustrating to use and the results won’t be ideal.

The only instance where you might reconsider throwing away a warped skillet is if you only plan to use it in the oven. As long as it sits relatively evenly, it’ll still be a helpful piece of cookware.

It’s pretty much inevitable that your skillet will develop at least one small crack over the course of its lifetime.

Generally speaking, the more you use it and at higher temperatures, the sooner these things will appear.

The problem here is that even a very minor hairline crack will eventually get bigger over time. If you notice one of these appearing, it’s probably time to start looking at a replacement.

If the crack expands sufficiently – which it will – then the pan will eventually fall apart entirely..

That’s not so much a problem if it happens when you’re cleaning it, for example, but it’s considerably more serious if it’s hot and full of food.

Even a small crack that takes a long time to enlarge presents its own problems.

These things are notorious for attracting general grime, bacteria and rust. They become harder to clean, and a potential source of illness.

This isn’t necessarily a reason to immediately throw away your cast iron skillet, but it may become a bit of an eyesore.

Pans that are exposed to a lot of sunlight have a tendency to become discolored over time.

Your skillet will still cook food just fine, but the surfaces won’t look nearly as nice when they’re strung from a cookware rack.

This is one of those occasions where proper storage can really make a difference.

Consider having a dedicated, dry area of your kitchen for all of your cast iron cookware. Have a read of the guide I’ve linked above if you’d like to learn more. 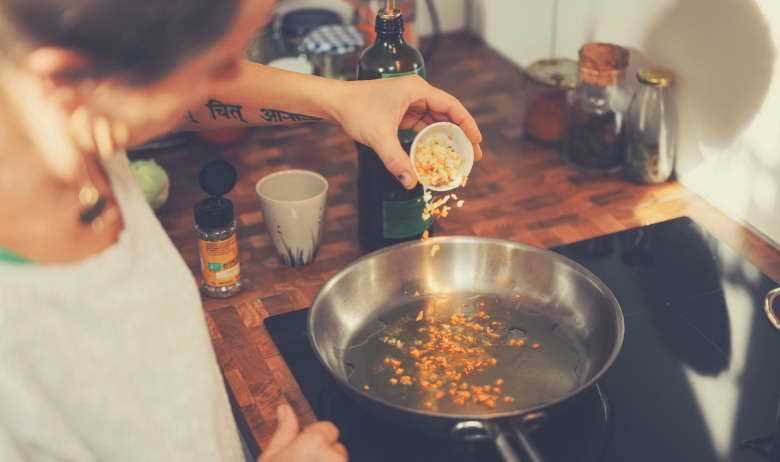 Here are answers to some of the most common questions readers have alongside this main question.

How Do You Know When Cast Iron Is Bad?

We’re talking bad rather than completely broken here, of course.

All of these pretty much spell the end of your cast iron cookware, and it’s time to start looking at replacements.

Should I Throw Away Rusted Cast Iron?

Not necessarily. A vinegar soak is a tried and tested trick for getting surface rust off your cast iron skillet.

You’ll also learn just how far that rust has penetrated. If even a long soak doesn’t fix the problem, you know you’ve at least done your best before investing in a replacement.

Many a cast iron skillet has been saved by trying this method!

It’s definitely worth the minor cost and convenience of at least trying, and when you consider the cost of a new skillet.

Can You Ruin A Cast Iron Skillet By Burning?

We’ve all left a pan on the heat for too long, but a burned cast iron skillet is definitely not beyond repair.

It’s best to assume that the seasoning surface is now ruined though, and needs to be replaced completely.

If you’re not familiar with this process, have a look at the cast iron seasoning guide I’ve published elsewhere on Viva Flavor.

Can You Use A Rusted Cast Iron Pan?

Yes, but this is one of those problems that will only get worse the longer you leave it untreated.

(Also, you’re not exactly going to be making Michelin-quality food if rust is bleeding into the meal!)

Try a quick vinegar soak for an hour and see if that removes all of the surface rust. Leave it in there for longer if there’s progress, but not yet perfection.

I hope I’ve saved a skillet or two with this guide.

I would personally throw out a significantly warped skillet, or one with a crack on the surface. I’m a safety-first kind of cook, and I’d rather have less money and more peace of mind.

Surface rust can definitely be removed with vinegar, and is well worth a shot before you shop around for a replacement.

The discoloration problem is one that will depend on how much you really care about appearances. Some even like the harder-wearing look of a faded cast iron skillet.

If you do think it’s time to replace your pan, have a look at my guide to the best cast iron skillet brands. There’s something for all budgets in there, and highlights the very best of the big brands.