Why Does My Cast Iron Skillet Smoke? Your Problems Solved!

Cast iron skillets are a timeless piece of kitchen cookware. They’re versatile, they can take high heat, and the best brands will last a lifetime if you make the effort to care for them properly.

They’re also prone to putting out smoke when you’re working at particularly high temperatures though.

Why exactly does a cast iron skillet smoke? Here are the main reasons, which I’ll explain in more detail throughout this guide

Does this smoking process harm the pan? Not really, although it obviously makes a bit of a mess of your kitchen and so it’s best avoided!

Most of the time, all that’s required is a little extra ventilation, and patience while you wait for the pan to cool down. When it does, the smoking will soon stop.

In the rest of this guide I’m going to cover this problem in more detail, and give you all the tips you need to stop your cast iron skillet from smoking in the first place.

(If you want to explore more of my cookware content, take a look at the home cookware guide I have on the site.) 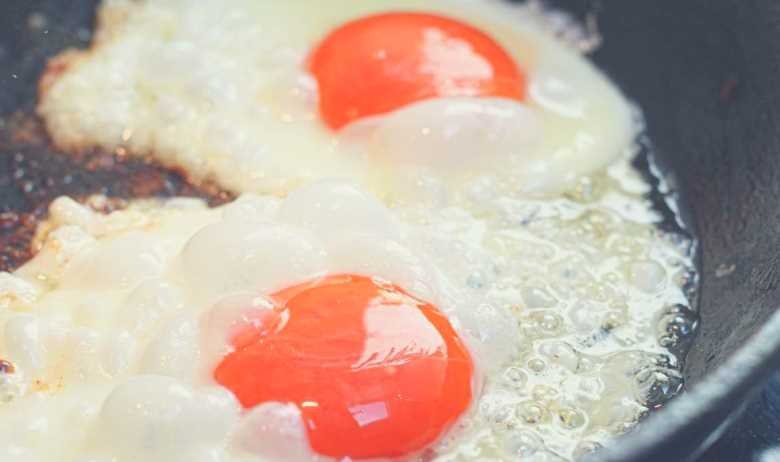 Working With Skillets At High Heat

This tolerance is what makes them so popular for all kinds of cooking tasks, from searing steaks to browning meat, or frying fish to perfection.

That creates a natural environment for smoke to emerge from the oil you’re working with.

More than that, cooking these types of ingredients at a very high heat will cause the skillet to start smoldering too.

Over time, the residue left on the surface of the skillet will react to moisture in the kitchen, creating a sooty layer to the pan. When this is heated again and again, you end up with more and more smoke.

All cast iron is made of pretty much the same stuff, and so this problem affects even the best cast iron brands.

How Do I Stop My Cast Iron Skillet From Smoking?

So, what can you do to stop this problem from occurring in the first place? It all comes down to a number of different measures which I’ll split into separate sections.

That means keeping the skillet appropriately seasoned, and taking care to clean and store your cast iron cookware correctly.

By taking care of the surface, you’ll prevent the build up of these sooty particles from forming on the skillet.

With that taken care of, there’s less material for the high cooking heat to react with. That means less smoke and smell in your kitchen!

I’ve got a cast iron seasoning guide that you can find elsewhere on the site, but the steps are pretty simple to follow:

Turn Down The Temperature

Even if you’ve maintained your cast iron skillet to perfection, it may still smoke when you use it at extremely high temperatures.

To solve this problem, consider heating the oil up slowly at a lower stovetop temperature. Eventually it will hit the right heat, at which point you can add your ingredients.

This slow and steady approach might not eliminate the smoke entirely, but it should help a great deal.

Different cooking oils have different smoking points. If you have a dish that requires ferocious heating, try using something like peanut or sesame oil instead.

The MayoClinic has a really useful guide to working with different cooking oils at different temperatures.

Just watch out for any household allergies when you’re going off the beaten path here!

Now you know why your cast iron skillet smokes on the stovetop, and what you can do to minimize this common problem.